Me Of A Kind 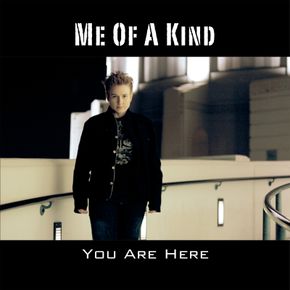 Me Of A Kind is an edgy, atmospheric, female-fronted alternative rock band, originally from Los Angeles, now residing in London, U.K.  The band’s principle member is singer, songwriter and multi-instrumentalist Jen Schwartz, who wrote, performed, produced and engineered 99% of the band's entire first album, You Are Here (released 31 October 2011).

Me Of A Kind’s music has a modern, alternative rock sensibility and forward-focused lyrics.  The music offers a compelling blend of lush arrangements, cinematic imagery, intricate rhythms, and intensely personal storytelling.

The live Me Of A Kind experience is not to be missed.  Schwartz’s voice is compelling and engaging.  She leads the band from the front of the stage for some songs, and expertly pulls off the rare feat of singing and playing drums for others.

In December of 2011, Schwartz started working with legendary guitar player, Earl Slick (David Bowie, John Lennon, The Cure, etc.).  They released a hauntingly beautiful rendition of PJ Harvey’s “This Mess We’re In” with Slick on guitars.  The single was described as, “a dark and stormy stunner” by Popservations.  Schwartz and Slick wrote and recorded several additional songs together (release TBD) in Schwartz's Los Angeles studio and The Clubhouse in Rhinebeck, NY.

The album You Are Here is available via digital outlets such as iTunes, Amazon, Spotify and Rhapsody, and physically through CD Baby’s online store.  “This Mess We’re In” is available in digital format only from the above listed online sources. 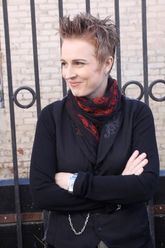 Jen Schwartz grew up in a small college town in New England and started playing drums at the age of 11.  She quickly became an accomplished drummer, winning awards from Berklee College of Music during high school.  She got her start performing in punk bands, Riot Grrrl bands, and post-punk art bands of the 1990s.  Along the way, she taught herself to play guitar, bass and keyboards.  In 2009, she began studying voice with Peisha McPhee, an experience that soon lead her to form Me Of A Kind, and ultimately write songs with a newly-discovered vocal power and presence.

Schwartz’s earliest musical influences came from her parents’ 60’s music.  The family playlist featured a steady stream of Motown girl groups, British Invasion bands, and classic American crooners, an early education that informs her songwriting to this day.  In an instant however, Schwartz’s world blossomed when she saw Blondie on television for the first time.  “My parents’ music was wonderful and fun and sweet,” Schwartz recalls, “but when I saw Debbie Harry sing 'Heart Of Glass' into the camera, my little mind was totally blown!  Even as a kid, I knew that this was not a nice girl.  This was no ‘It’s My Party’ and I loved it!”

Schwartz’s love of Blondie lead her to an immersion in early punk, followed by a free-fall into 80s and 90s alternative artists, always gravitating toward bands with strong female and/or androgynous leaders.  She cites Siouxsie and the Banshees, Eurythmics, Sinead O'Connor, Bjork/The Sugarcubes, The Smiths and The Cure as major early influences.

In 2000, Schwartz joined the infamous queercore band Tribe 8 and played drums with them until 2005 when she moved from San Francisco to Los Angeles.

In 2013, Schwartz joined British indie chart-toppers The Wedding Present, and toured the world with them playing bass guitar.

In 2016, Schwartz moved to London and is currently writing new material (release TBD).